The Holiest of All

“Then indeed, even the first covenant had ordinances of divine service and the earthly sanctuary. For a tabernacle was prepared: the first part, in which… Read More »The Holiest of All

And inasmuch as He was not made priest without an oath  (for they have become priests without an oath, but He with an oath by Him who said to Him: “The LORD has sworn And will not relent, `You are a priest forever According to the order of Melchizedek’”), by so much more Jesus has become a surety of a better covenant. Also there were many priests, because they were prevented by death from continuing.  But He, because He continues forever, has an unchangeable priesthood. Therefore He is also able to save to the uttermost those who come to God through Him, since He always lives to make intercession for them. For such a High Priest was fitting for us, who is holy, harmless, undefiled, separate from sinners, and has become higher than the heavens; who does not need daily, as those high priests, to offer up sacrifices, first for His own sins and then for the people’s, for this He did once for all when He offered up Himself. For the law appoints as high priests men who have weakness, but the word of the oath, which came after the law, appoints the Son who has been perfected forever”  (Hebrews 7:20-28).Read More »Salvation Guaranteed!

Moving On to Solid Food

“For though by this time you ought to be teachers, you need someone to teach you again the first principles of the oracles of God; and you have come to need milk and not solid food. For everyone who partakes only of milk is unskilled in the word of righteousness, for he is a babe. But solid food belongs to those who are of full age, that is, those who by reason of use have their senses exercised to discern both good and evil” (Hebrews 5:12-14).Read More »Moving On to Solid Food

The Beginning or the End?

The end times seem to hold a great fascination for many, and our Lord Jesus has much to say about this Scriptural matter.

He tells us, “…When the Son of Man comes, will He really find faith on the earth?” (Luke 18:8) In so speaking our Lord teaches us that faith will grow scarce, very rare in the last days. In another place Jesus reminds us that “the time will come when they will not endure sound doctrine, but according to their own desires, because they have itching ears, they will heap up for themselves teachers; and they will turn their ears away from the truth, and be turned aside to fables” (2 Timothy 4:3).Read More »The Beginning or the End?

From Triumph to Travesty—to Triumph!

On that first Palm Sunday Jesus rode into Jerusalem as a hero,
but He would go out in a much different manner.

From triumph to travesty may well describe our Savior’s entry into the city—until He triumphed for us on the cross.

Yes, our Savior rode into Jerusalem to die the death of the cross. How many of those who gathered that day to welcome the King of Glory would soon turn on Him and demand His death?

Jesus rode into town on “a colt, the foal of a donkey” (Matthew 21:5). Read More »From Triumph to Travesty—to Triumph!

The Reason for the Season

The word Epiphany means to show forth or make known.

The Epiphany season of the church year affords us an opportunity to see Jesus as He truly is: “our great God and Savior” (Titus 2:13), the One “in whom dwells all the fullness of the Godhead bodily” (Colossians 2:9).

We see Jesus’ glory as the only begotten Son of God. We see it in His miracles and His teaching. We see it even in His wondrous grace
in willingly coming into the world for the likes of us. Jesus came to make the complete payment for the sins of all who had lived or ever would live.Read More »The Reason for the Season

Membership Has Its Privileges

We understand and appreciate the difference between a church denomination or congregation and the Church—the spiritual Israel, “the Holy Christian Church, the communion of saints” (The Apostles’ Creed).

Through membership in our local congregations the Spirit strengthens us in the Christian faith through His Word and Sacraments; there we praise and worship Him together; there we gather with like-minded believers to encourage and build one another up in our holy faith.

Christ-believers understand their Lord’s directive to “go to church” (Colossians 3:16, Romans 10:17; Hebrews 10:25) as coming from His unconditional love for their spiritual welfare.

But let us consider that, first and foremost, we are at the same time Read More »Membership Has Its Privileges

Baptism: Mere Ceremony or a Sacrament?

Our title may seem at first to be a silly question,
but assuredly it is not.

In the religious world of our day doctrine is no longer a matter of Scriptural integrity but is rather a matter of popular vote. We have seen this for some time and understand well that our Lord says: “For the time will come when they will not endure sound doctrine…” (2 Timothy 4:3).

Saving faith in Jesus trusts in the Spirit’s clarity, wisdom, and life-giving power. If God says it, that settles it!

Human reason is the driving force behind much of modern theology. Because of it, we see all manner of deadly practices and teachings. Dr. Martin Luther said it well when he remarked that we should poke out the eyes of our reason and hear only what God says. Saving faith in Jesus trusts in the Spirit’s clarity, wisdom, and life-giving power. If God says it, that settles it!

Let us then consider what our Lord says on His precious doctrine of Holy Baptism. “There is also an antitype which now saves us—baptism…”  (1 Peter 3:21a).Read More »Baptism: Mere Ceremony or a Sacrament?

One gets concerned with all the baskets, eggs, and candy displayed before the eyes of our children this time of year. Long ago I tired of this blatant attempt to dishonor and discredit the most important day in the Christian church year, so my children and I used an old shoebox to make a replica of an Easter tomb. After the children had done some earth-tone painting on the box, I would painstakingly cut an opening in one side and then reseal the opening.

My children would wake up to see that during the night “miraculously” the tomb’s door would be open and the insides found EMPTY!
It helped teach them a great lesson. Our Lord’s PHYSICAL resurrection is the crowning proof and assurance from the Father that all Jesus came to accomplish has been accepted as payment in full for the sins of the world. Therefore our salvation is certain. Our children were not confused about the Easter Bunny playing any part in our salvation.

Now, the Christian faith is lacking something that almost every other religion in the world has: a dead man’s bones! Whereas other religions have a grave or a tomb containing the bones of its “saint,” the tomb of Jesus Christ is empty! Read More »Easter Customs or Jesus?

LOVE: Valentine’s Day or Every Day?

On the day when the world celebrates “love” with flowers, cards, candy, and various other trinkets, what part does it play in the Christian life?

Actually, the love celebrated on Valentine’s Day by the world is not the love that the Christ-believer celebrates every day. Valentine’s Day is a day in which sensuality, materialism, and commercialism are thinly veiled in the name of love. While there is nothing wrong with showing love toward loved ones with gifts, mere worldly love does not reflect the true love that Christians celebrate daily.Read More »LOVE: Valentine’s Day or Every Day? 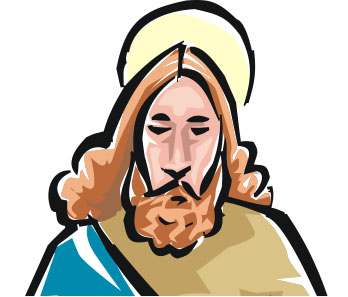 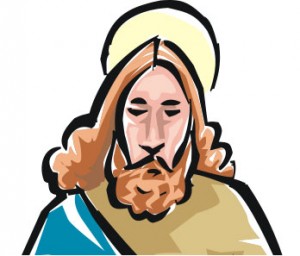 Then Jesus came from Galilee to John at the Jordan to be baptized by him. And John tried to prevent Him, saying, “I need to be baptized by You, and are You coming to me?” But Jesus answered and said to him, “Permit it to be so now, for thus it is fitting for us to fulfill all righteousness.” Then he allowed Him. When He had been baptized, Jesus came up immediately from the water; and behold, the heavens were opened to Him, and He saw the Spirit of God descending like a dove and alighting upon Him. And suddenly a voice came from heaven, saying, “This is My beloved Son, in whom I am well pleased.”   (Matthew 3:13-17)

We have now entered the season of Epiphany.Epiphany means “to show forth or manifest.” It is a time in the church year when we see our Savior as the One in whom dwells all the fullness of the Godhead bodily.

We want to see Jesus as the almighty Savior-God who came with all power to save our lost and fallen world. During the Advent and Christmas seasons we witnessed our Savior through the eyes of faith as the lowly Christ-Child born in a stable and laid in a manger—seemingly helpless. But now it is time to see our Savior as the eternally blessed God who came with all power to save sinful mankind through His holy life and innocent death in our place.Read More »Jesus’s Baptism