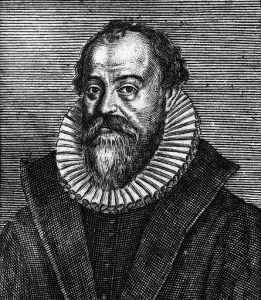 As we approach the 500th anniversary of the Reformation, we take a brief look at the lives of some of the most influential and important Lutheran theologians.

Johann Gerhard (1582-1637) was born into a well-to-do family of the minor nobility of the central German city of Quedlinburg. He seems to have been a pious child with a sensitive conscience. Much as with Luther, God prodded Gerhard into his theological vocation by afflicting him with serious illnesses when he was fifteen. He promised, if God spared his life, to enter the ministry. He followed through when he entered the University of Wittenberg a few years later, interrupting his theological studies at one point for two years while he took up medicine, before then completing his master’s degree in theology at Jena in 1603. But he again fell so sick that he thought he would die. As part of his last testament, he wrote a detailed confession of his beliefs.

After some educational travel abroad, Gerhard returned to Jena where he busied himself with lecturing, writing, and gaining his doctoral degree in 1606. Immediately there were many who called him to teach (over his career virtually every university in Germany issued a call to him), but he settled in Jena and taught there until his death in 1637.

Even when he was in his twenties, Gerhard’s abilities were so respected that he was made superintendent, first locally and then over the entire duchy of Saxe-Coburg-Gotha. This required him to be active in the administration of the churches in the region and also in certain diplomatic affairs with the duke. These were times of deep turmoil in Germany. Because Calvinism was not yet a legally-recognized religion in the Empire, those following this path called themselves “reformed” Lutherans and, hiding under this deceptive name, did much damage to true Lutheranism. The Church of Rome was also striving to win back territory lost to the Reformation. Cardinal Bellarmine was their leader in this “Counter Reformation.” Gerhard spent much effort in writing against the attacks upon the truth issuing from both these fronts. Nor did this struggle involve only the pen. The horribly destructive Thirty Years’ War began in 1618, only two years after Gerhard became a full professor at Jena, and raged around Jena until long after his death. His own estate was burned, and he was once taken captive by one of the rampaging armies.

Gerhard gained his greatest fame as the premier dogmatician of his age, ranking third behind only Luther and Chemnitz, and far ahead of all others. His name is connected to his monumental Loci Theologici, or Theological Topics, his life-long work consisting of 4000 small-print pages of Latin covering every topic in detail. Such a large and difficult work has invited many to see him as a dry-as-dust intellectual, interested only in hair-splitting correctness. But how wrong they are! Even in these heavy tomes, his vital spirituality and pastoral concerns are plainly seen. He would even insert prayers and hymns into his discussion. This monumental work is currently being translated into English.

Sacred Meditations is available from Magdeburg Press, 8765 Ederer Road, Saginaw MI, 48609, or online at
www.Magdeburgpress.com. It may also be obtained by special order from the CLC Book House.

Less well known are his many purely devotional works. The young man who had sought comfort in the face of death was now seeking to be a comfort for others in their fears. He wrote his Manual of Comfort in 1611, the year in which he lost his wife, infant child, and health. In
it, each devotion begins with “The afflicted person
says . . .” and concludes with “The comforter says . . . .” He was writing for himself and all like him.

His most popular devotion book, Sacred Meditations, has fortunately been recently retranslated into more modern English. It is the best and easiest way for us to become acquainted with this Lutheran giant. The fifty-one devotions are a bit longer than we may be used to, and much meatier, too. But in them we will encounter a fellow pilgrim who is both highly learned and deeply pious, and willing to guide us on our way.