Perhaps you have seen the bumper sticker or heard the expression, “God is Pro-Life.” Exactly what does that mean? Because there are so many life-and-death discussions permeating our society, especially around election time, it may be helpful to review what God says about being Pro-Life.

Our God is the “I Am” God – Jehovah (YHWH in Hebrew). He is eternal, the Alpha and the Omega, the beginning and the end. Any talk of “life” must begin with the Giver of life, our Triune God. “And the LORD God formed man of the dust of the ground, and breathed into his nostrils the breath of life; and man became a living being” (Genesis 2:7). The life in humans comes from God; there is no life apart from God. Even the laws of science disprove the idea that something living can come from something non-living. The evolutionary ideas of the Big Bang Theory require one to accept spontaneous generation as a possibility. God’s Word does not. Humans are “. . . fearfully and wonderfully made” (Psalm 139:14).  God is Pro-Life.

From the time we are conceived until the time God stops our beating heart, He has a purpose for our lives.

Our first parents, Adam and Eve, fell into sin in the Garden of Eden. Death became a part of life for the first time; and not just temporal death on this earth, but spiritual and eternal death in hell. However, God is Pro-Life. He rescued lost mankind by promising and sending a substitute, His Son, to suffer and die on behalf of all humans ever born. “And [Christ] Himself is the propitiation for our sins, and not for ours only but also for the whole world” (1 John 2:2). In this way, God redeemed us from eternal death. “I am the resurrection and the life. He who believes in me, though he may die, he shall live. And whoever lives and believes in Me shall never die” (John 11:25-26). God is Pro-Life. 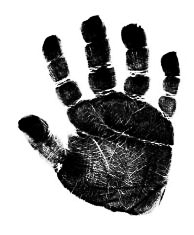 When does the life that God created begin? Those who believe that abortion is an appropriate response to an unwanted pregnancy would have us believe that life does not begin until the birth of the child, or at the earliest when a child can live outside the womb. The Bible does not teach that. “Behold, I was brought forth in iniquity, and in sin my mother conceived me” (Psalm 51:5).  Life begins at conception. Anyone who would purposely take the life of a child who has been conceived is guilty of murder. Job responded to his friends, “Did not He who made me in the womb make them? Did not the same One fashion us in the womb?” (Job 31:15). God gave life to us in the womb. A baby’s time of grace should not be cut short. God is Pro-Life.

Just as we hear much about a woman’s right to end a pregnancy, we have also heard much about an individual’s right to die. Some feel that if the quality of one’s life is no longer sufficient, he should have the right to end his life on his own terms. This opinion is often voiced in connection with those who have been diagnosed with a terminal illness. God clearly states in Deuteronomy 32:39, “Now see that I, even I, am He, and there is no God besides Me; I kill and I make alive.” It is God who determines the time of grace for each soul. May we confess with the psalmist David, “My times are in Your hand” (Psalm 31:15). From the time we are conceived until the time God stops our beating heart, He has a purpose for our lives. “He died for all, that those who live should live no longer for themselves, but for Him who died for them and rose again” (2 Corinthians 5:15). We have been called according to His purpose. May we redeem the time in His service. Be Pro-Life just as He is.

Joseph Lau is a professor at Immanuel Lutheran College in Eau Claire, Wisconsin.