The Reformation Blessing Above All Others 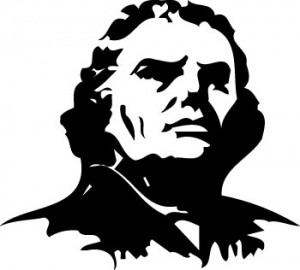 Many blessings of the Reformation of the 1500’s still affect us today.

We could mention having a Bible translation in our native tongue, having many hymns to sing praises to God, putting into practice the doctrine of the priesthood of all believers (that Christ has given every believer—not just to the pope and his priests—the keys to forgive or to retain sins), and parents and pastors using Luther’s Small Catechism to instruct children in the basic Bible teachings.

Many other blessings of the Reformation still flow down to us today. But one blessing rises above all the rest. It is the re-discovered answer to the eternally important question of the jailer in Philippi, “What must I do to be saved?” (Acts 16:30)

“Then I saw another angel flying directly overhead, with an eternal gospel to proclaim to those who dwell on earth, to every nation and tribe and language and people. And he said with a loud voice, ‘Fear God and give Him glory, because the hour of His judgment has come, and worship Him who made heaven and earth, the sea and the springs of water’”

Early in his life Martin Luther struggled in his relationship with God. He wrestled with guilt over his sins and looked to his church for answers. By doing good works he tried to quiet his conscience. He prayed to Mary (as his priests recommended) to aid him. None of these things helped. He still felt there was no way out from under God’s wrath. He had been taught to see Christ as someone who was judging and condemning him for his sins.

What changed things for Luther?

While preparing for a lecture in Psalms, Luther struggled to understand Romans 1:17 where St. Paul writes, “For in it the righteousness of God is revealed from faith to faith; as it is written, ‘The just shall live by faith.’” Here Luther began to find the help for which he had been so desperately searching—as he would later say:

Here the great blessing of the Reformation shines forth! By studying God’s Word Luther had discovered the good news that sinners are saved not by their works, but by faith in Jesus Christ. Our salvation is dependent on Christ’s holiness, His righteousness, and His merits. Through faith in Jesus the believer is declared righteous in God’s sight.

This is the eternal gospel we hear of in Revelation 14. Planned by God from eternity, it was first verbalized for man immediately after the fall into sin (Genesis 3). God promised that He would send One from the seed of the woman who would crush the serpent’s head. It is said of Abraham that he “believed in the Lord and He accounted it to him for righteousness” (Genesis 15:6). The Apostle Paul preached this eternal gospel throughout His epistles, “Therefore we conclude that a man is justified by faith apart from the deeds of the law”
(Romans 3:28).

This is what Scripture and our Lutheran Confessions emphasize again and again—the eternal, unchangeable gospel. Article IV of the Augsburg Confession (1530 A.D.) states, “Our Churches…teach that men cannot be justified before God by their own strength, merits, or works, but are freely justified for Christ’s sake, through faith, when they believe that they are received into favor, and that their sins are forgiven for Christ’s sake, who, by His death, has made satisfaction for our sins. This faith God imputes for righteousness in His sight. Rom. 3 and 4.”

This eternal gospel is the Reformation blessing which rises above all the rest. Thanks be to God!