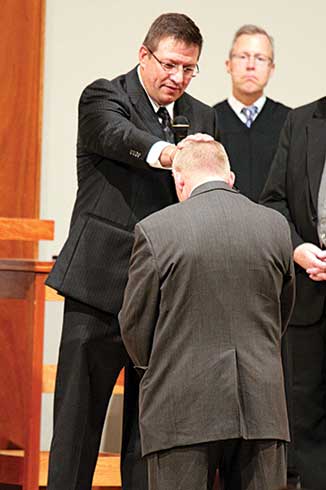 Good friends may be parted by the ocean, but not from our hearts and prayers. That holds true as Ed Starkey, pastor of our CLC congregation, St. Peter’s of Stambaugh-Iron River, Mich., became Missionary Starkey for India.

The commissioning service was held on September 23 at Messiah church of Eau Claire, and early in October the missionary and his wife arrived safely at their new home and field of labor in Chennai, India. May God bless them in their new environment and among people who hunger for God’s Word!

Pastor Starkey and Janice both grew up in Waterloo, Iowa, where he was a member of the American Lutheran Church, whereas Janice was born and raised in a large Roman Catholic family. Ed says that it is true that former Catholics make good Lutherans when they learn that the just shall live by faith.

After being united in marriage (1979), the Starkeys found themselves in various Lutheran fellowships (ELCA, LCMS, and the Church of the Lutheran Brethren of America); they were blessed with two children (Melissa and Kaiser) and, after some years of playing and coaching minor league hockey teams, at age forty-two Ed entered the Lutheran Brethren Seminary in Fergus Falls, Minn. 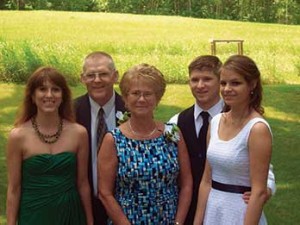 Upon graduation Ed served congregations in that fellowship until the Lord brought him into contact with the CLC. After due deliberation he terminated his fellowship in the CLBA, for he found he was in agreement with the CLC in Biblical doctrine and practice.

They enrolled Kaiser at Immanuel Lutheran College and then moved to Eau Claire, where Ed audited seminary classes during a two-year colloquy, and we at Messiah congregation got to know and appreciate the Starkeys.

Since 2007 Pastor Starkey has served St. Peter’s Ev. Lutheran Church in Iron River (Stambaugh, Mich.) in the fellowship of the Church of the Lutheran Confession.

He relates that during the summer of 2013 as he was leading his congregation through a series of sermon studies on the Book of Acts, the Lord’s words, “you shall be witnesses to Me…to the ends of the earth,” led him to accept His call to witness in South India as CLC missionary. “We look forward to working together with fellow foreign missionaries and everyone from the CLC who is witnessing for Jesus at home and abroad.” 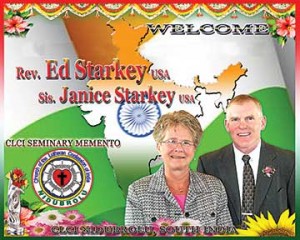 Pastor Mark Gullerud, Secretary of the CLC Board of Missions, conducted the evening worship service at Messiah of Eau Claire. CLC President Michael Eichstadt preached on the text of Isaiah 66:18-22, and two-dozen clergy brethren added their blessings in the “laying on of the hands” (1 Timothy 4:14).

May God bless the Starkeys, from whom we are separated by miles, but with whom we are joined in heart. As Missionary Starkey put it, “We thank the Lord for your prayers and encouragement. We know that we can’t do this—but He can. Therefore we pray for trust in Him for all our care, direction, and the results of His Word as we enter this new area of His service.” 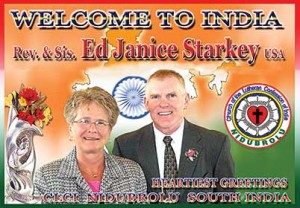