Forerunners Of The Reformation 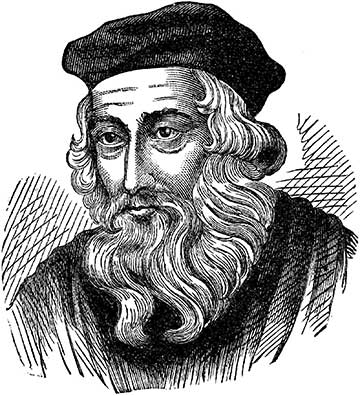 EDITOR’S NOTE: This month and next we look at some of the people who preceded the Reformer, Dr. Martin Luther (1483-1546). They might be called “forerunners” of the Reformation, for through them the stage was set for the gospel of Jesus Christ to break free from a cold and corrupt church, once again taking its rightful place at the center of Christian teaching. (These Reformation vignettes are adapted from the CLC webpage with daily devotions available at www.redeemerclc.info/devotional.html.)

“Dear friends, do not believe every spirit,
but test the spirits to see whether they are
from God, because many false prophets
have gone out into the world.” (1 John 4:1)

The message of preachers must ever be judged by what the Bible says. Those who preach Christ as Savior are from God. Those who don’t, aren’t. But what if we did not have the Bible with which to judge their messages?

Unbiblical teaching consistently came from the church of Wycliffe’s day. Since Bibles were unavailable in English, the English people had no reliable way of judging what they heard. False teachings went largely unchallenged.

Knowing Latin, John Wycliffe was able to study the Bible extensively. Seeing that the teaching of the church did not mirror the teachings of God’s Word, he spent much of his life attempting to reform the church.

He spoke out against unbiblical teachings and even challenged the authority of the Pope, preaching that the true church of God needed only one head, Christ (Ephesians 5:23).

Wycliffe’s greatest gift to the world, however, was his translation of the Latin Bible into English. Corrupt church leaders greeted this first EVER English translation of the Bible with contempt, saying, “The jewel of the clergy has become the toy of the laity.”

Thirty-one years after Wycliffe’s death, the church showed its lack of appreciation for Wycliffe’s work by excommunicating him. Twelve years later, Pope Martin V had Wycliffe’s remains exhumed, burned, and cast into the Swift River.

What Wycliffe placed in the Englishman’s hand, let us place in our hearts. That is where God intends His Word to live. Then we will be ready to test the spirits with confidence. 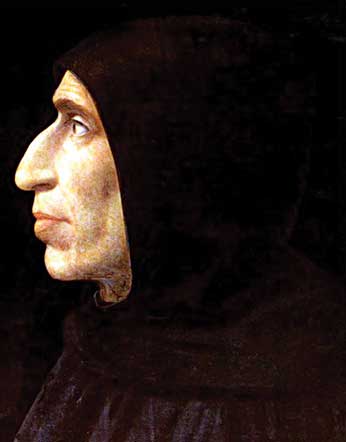 “Jesus called them together and said, You know that those who are regarded as rulers of the Gentiles lord it over them, and their high officials exercise authority over them. Not so with you. Instead, whoever wants to become great among you must be your servant, and whoever wants to be first must be slave of all. For even the Son of Man did not come to be served, but to serve, and
to give his life as a ransom for many.”  (Matthew 10:42-45)

The church was corrupt. High-ranking religious leaders godlessly abused their offices to gain wealth and power.

But not all churchmen were so spiritually bankrupt. Martin Luther would later honor one such man, the Dominican Friar Girolamo Savonarola, by publishing a meditation on Psalm 51. And now, the rest of the story.

When Savonarola spoke out against the immorality of Pope Alexander VI, he was commanded to cease preaching. When he refused, he was imprisoned. After six weeks of torture, in which the rack was used, Savonarola signed a confession with the arm his torturers had spared for this purpose. This would not be the last word from Savonarola’s hand.

Before being burned as a heretic, Savonarola wrote the meditation on Psalm 51 that Luther would publish in 1528. In it, Savonarola pleaded for God’s mercy for his weakness under torture, and expressed his hope for salvation:

“Who will take pity on me? To heaven I dare not lift up my eyes, for I have deeply sinned against it; on Earth I find no refuge, for I have been an offense to it. What therefore shall I do? Shall I despair? Far from it. God is merciful, my Savior is loving. God alone therefore is my refuge….”

It is a humble service that Savonarola’s life and death provide to us, but such is the service that Christ gives His children to provide. Through Savonarola we see the depravity of the days preceding the Reformation, and the depths to which God’s love was willing to reach. 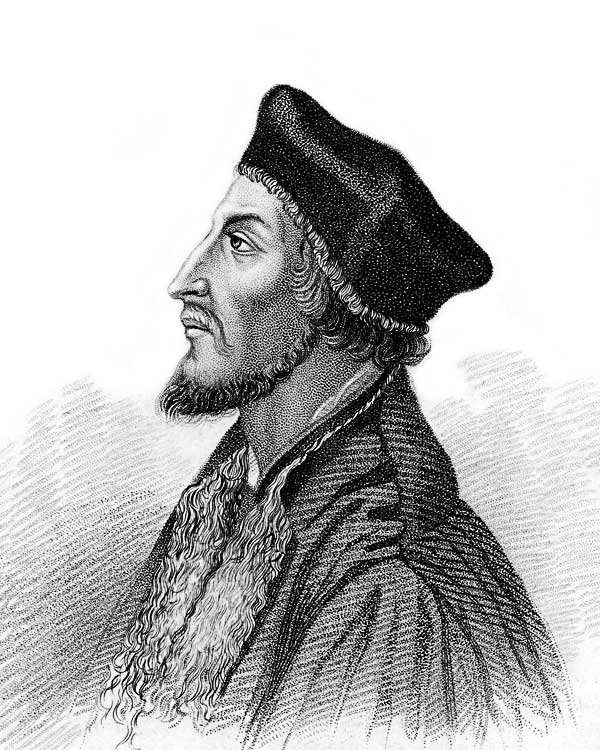 “If anyone teaches false doctrines and does not agree to the sound instructions of our Lord Jesus Christ and to godly teaching, he is conceited and understandings nothing. He has an unhealthy interest in controversies and quarrels about words that result in envy, strife, malicious talk, evil suspicions and constant friction between men of corrupt mind, who have been robbed of the truth and who think that godliness is a means to financial gain.”  (1 Timothy 6:3-6, NIV)

In 1411 two popes were claiming leadership in the church, Pope Gregory XII and Pope John XXIII. Today the Roman Catholic Church recognizes only the first as the real pope of that day.

In 1411 Pope John XXIII was at war with Naples, Italy. In order to raise money for this war, he authorized the selling of “plenary indulgences.” These slips of paper claimed that some of the “extra” good deeds done by Christians now dead had been transmitted to the record of the person purchasing them and would therefore lessen one’s suffering in “purgatory.”

John Huss, a priest working in Prague, protested the selling of indulgences. So did many of the students of the University. Three students were detained and beheaded in secret because of the public opposition to indulgences. These murders enraged the people, but their anger didn’t stop the Pope from excommunicating Huss and placing Prague under the “interdict.” This meant that no clergy of that city could perform the regular “sin-cleansing acts,” such as Baptism, Holy Communion, or the pronouncing of absolution upon those who had made confession of their sins.

Many religious leaders of our time still preach lies in order to fill their bank accounts. But their false teachings cannot give true peace or forgiveness.

True forgiveness does not come with a price tag. It cannot be purchased with any currency minted by man. Nor can forgiveness be secured with the imaginary currency of “extra” good works done by Christians of the past.

Our forgiveness was purchased by Jesus’ sinless life and innocent death and made ours through faith. You see, the Church does exist to make men rich—spiritually rich in Christ Jesus our Lord.