What’s in a Name?

“And when eight days were completed for the circumcision of the Child, His name was called Jesus, the name given by the angel before He was conceived in the womb.” (Luke 2:21)

Though not often descriptive today, there have been many names in times past with meaning behind them. It doesn’t take much imagination to figure out what Charles the Bald or Louis the Fat might have looked like in person. And I think we can all agree that Louis the Do-Nothing must not have been a very popular king. Some positive names also appear throughout history, the kind that any of us would happily accept, such as Charles the Hammer, Louis the Pious, and Alexander the Great. Even Paul’s companion Barnabas had received such a name; his given name was Joseph, but the apostles nicknamed him Barnabas (which means “Son of Encouragement”).Read More »What’s in a Name? 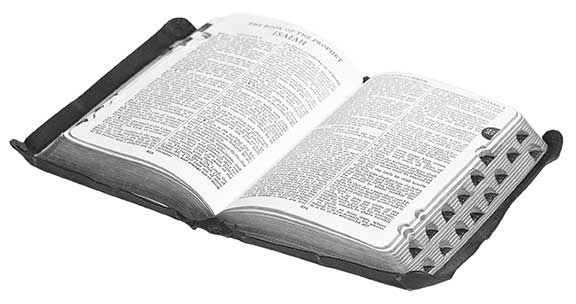 The Best Seller of All Time

When people are looking for a good book or e-book to buy and read, they may look over the New York Times Best Seller list. 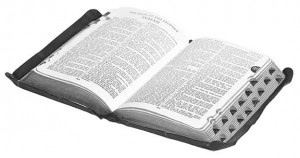 While there are critics who claim this particular Book should be listed in the fiction genre, there should be no question that it is non-fiction.

Simply because a book is on the Best Seller list doesn’t mean it is worth purchasing and reading. For example, one review of the best selling book Killing Jesus by Bill O’Reilly reports that the author makes the bogus claim that the reason Jesus was killed by the Romans is that He was interfering with the cash flow of tax money (Read what Jesus says in the Gospel record about paying taxes to the Roman government, Matthew 22:21).

Read More »The Best Seller of All Time

It contains historical writings,
selections of poetry, and words of prophecy.
†

It boasts a collection of twenty-one letters and four
Gospels telling about the life of a certain Jewish rabbi.
†

It was written in two languages by numerous authors
over a span of sixteen centuries.
†Read More »The Holy Spirit’s Perfect Book