A Royal Conference Venue in Kenya

“Soy Safari Resort” read the dilapidated sign that I had passed countless times on the road from my home in Matunda to the big city of Eldoret in western Kenya. It didn’t look like much of a resort. There was nothing about that sign or what I could see from the main road that would entice me to explore the place further. That is, not until I needed to find a suitable facility for a conference of all of our pastors and evangelists from Kenya and Uganda. This meeting would also provide an opportunity for new contacts to travel to a central location and meet with me and any accompanying mission helpers.

Such a conference is not quite comparable to the pastoral conferences among us, where each pastor has a different paper to present or duty to perform. The Kenya/Uganda Bible Conference could be better described as “professional development.” I do the majority of the teaching. The goal is to supplement and fortify the instruction that many of these men have either received already or are currently undertaking. The topics of our conference routinely deal with one of the six chief parts of the catechism, along with other pressing issues and questions that arise in the course of the conference.

In past years Nairobi would serve as the host site for the conference, but it was discovered that many of the “pastors” and contacts in that area had impure motives and did not continue in biblical instruction when they found that their work would not result in a source of revenue from the U.S. The city of Kisii, which is the closest main hub to our St. David’s KINSHIP Academy in Etago, also served as a meeting place for several conferences in the past. However, this location required a very difficult journey for those who attended from Uganda. By comparison, the small, seemingly insignificant town of Soy just happened to be perfectly placed between Uganda and Kisii.

The Soy Safari Resort is a shadow of its former glorious self. Its current shoddy appearance belies its great historical significance. Queen Elizabeth II, then Princess Elizabeth, stayed at this resort while on a honeymoon trip with Prince Philip. During this time (the 1950s), Soy Safari Resort was known to be an epicentre for European dignitaries and tourists. One could enjoy a round of golf, horse racing, and even motorcar racing. Giraffes were known to roam the grounds until they were later relocated to a protected area in another region of the country.

The Soy Safari Resort of the 21st century no longer draws such prestigious guests. The club appears not to have been touched since Princess Elizabeth departed . Thatched roofs on the majority of these individual “bomas” (circular structures usually constructed of mud and wood and plastered over with cement) would stand little chance against heavy rains. The pool had turned as green as the lush plains behind it in the distance. Desperate for clientele, the owners, who have changed almost annually since our first conference there, have been eager to accommodate us for a fraction of the price of other venues. They still have the only things that truly matter to our group: a suitable conference hall and talented cooks. During the hours of downtime it serves as a secluded and serene oasis, promoting conversation among the brethren and deeper study of the Word of God. 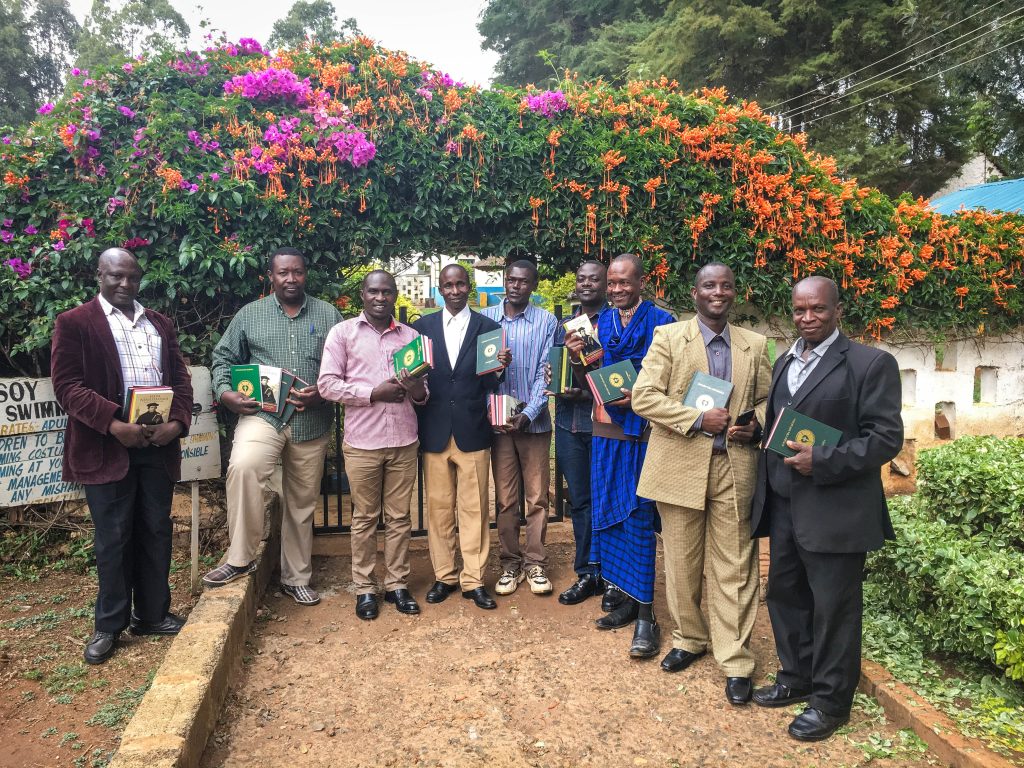 Michael Gurath is pastor of Holy Cross Lutheran Church in Phoenix, Arizona, and a visiting missionary to Africa.