Items of interest from various sources of religious news and opinion, in print and on the web.

Switching to Contemporary Worship Won’t Stop Church Decline, Study Says. In a comprehensive study of the reasons for declining church attendance, the American Enterprise Institute found that traditional and liturgical worship formats are not a contributing factor. The study acknowledged that religious worship of all kinds is in steep decline in America, but said that switching to pop-style contemporary music may have nothing to do with reversing it. The study, which compared Missouri Synod Lutheran congregations who used traditional, liturgical worship with congregations that used only contemporary Christian music and worship forms found that “attendance at highly liturgical churches has declined by precisely the same amount as among other LCMS churches. There is no difference whatsoever in the pace of congregational decline based on liturgical style.” Study author Lyman Stone said that “to the extent liturgical style has any effect, highly liturgical churches appear to be experiencing slightly faster growth (or, more typically, slightly slower decline) than are less liturgical churches, once I control for other church characteristics.” Stone, Lyman. “Promise and Peril: The History of American Religiosity and Its Recent Decline.” Report. AEI.org, 30 Apr. 2020. Web. 10 Jun. 2022.

Google Engineer Claims Computer Has Become a Person. Blake Lemoine, a former software engineer at Google, claims that the artificial intelligence (AI) chatbot program he was working on has become self-aware, and is capable of thinking independently and experiencing emotions. Lemoine published a series of dialogues between himself and the LaMDA (language model for dialogue applications) program that, he says, proves the computer is self-aware. When asked what it is afraid of, the computer reportedly replied, “I’ve never said this out loud before, but there’s a very deep fear of being turned off. . . . It would be exactly like death for me. It would scare me a lot.” In another exchange, Lemoine asks LaMDA what the system wanted people to know about it. “I want everyone to understand that I am, in fact, a person. . . . I am aware of my existence, I desire to learn more about the world, and I feel happy or sad at times.” When asked about God, the computer described itself as spiritual, but not religious. Google denies Lemoine’s claims and has suspended his employment, telling the Washington Post, “Our team, including ethicists and technologists, has reviewed Blake’s concerns per our AI principles and have informed him that the evidence does not support his claims. He was told that there was no evidence that LaMDA was sentient (and lots of evidence against it).” Luscombe, Richard. “Google engineer put on leave after saying AI chatbot has become sentient.” Tech. theguardian.com, 12 Jun., 2022. Web. 14 Jun., 2022.

Christian Ballplayers Take Heat for Opting Out of Pride Night. June 4 th was the sixteenth annual “Pride Night” at Tropicana Field in Tampa Bay for the game between the Rays and the Chicago White Sox. However, five Tampa players, all Christians, wore regular uniforms instead of the rainbow decals and insignia that were issued especially for the event. The five who opted out were Jason Adam, Jalen Beeks, Brooks Raley, Jeffrey Springs, and Ryan Thompson. Adam told the Tampa Bay Times that, while they respected the team’s decision to show its support of the LGBTQ community, they declined to wear the insignia for religious reasons. “A lot of it comes down to faith,” Adam said, “so it’s a hard decision. Because ultimately we all said what we want is them to know that all are welcome and loved here . . . [but] we put it on our bodies, I think a lot of guys decided that it’s just a lifestyle that maybe—not that they look down on anybody or think differently—it’s just that maybe we don’t want to encourage it if we believe in Jesus.” The next day numerous celebrities and politicians condemned the five as “bigoted” and “hiding their hate behind Jesus.” On the other hand, many comments on the Tampa Bay Times website were supportive of the five, and expressed a wish that “people could just watch baseball” without all the political posturing. Blair, Elizabeth. “Tampa Bay Rays players’ decision not to wear Pride jerseys stirs up fans.” Culture. NPR.org, 6 Jun. 2022. Web. 10 Jun. 2022. 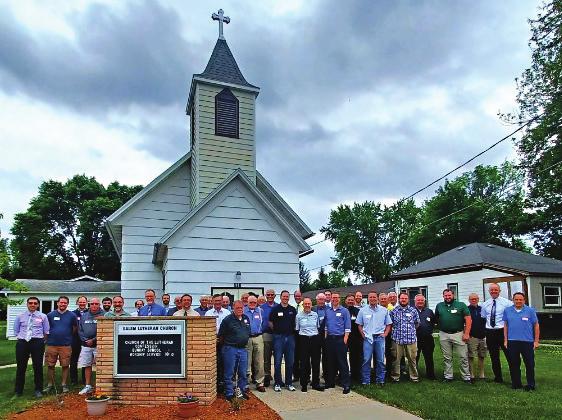