Christians understand that true science is the humble study of God’s creation, together with the internal interactions of that creation. True science is therefore a good thing, but it can never fully comprehend the God Who exists beyond, or outside of, His creation. Our godless society, however, seeks to transform and elevate the study of God’s handiwork into a god that is itself to be worshiped. This is obviously not new. Two thousand years ago, Paul identified the existence of this same foolishness when he referred to those who “exchanged the truth about God for a lie and worshiped and served the creature rather than the Creator.” (Romans 1:25 ESV) Today man has taken that a step further by elevating the mere study of our world (“science”) as the god that can provide for all of our needs. Science has been both personified and deified. 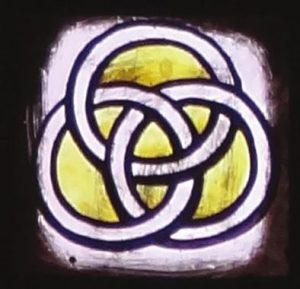 While true science is a blessing, those who study God’s creation will never fully understand that creation, let alone the Creator Himself. Scientists today do not fully understand something as basic as light, let alone how light enters the eye, is converted into data that is carried by the optic nerve into the brain, and is there “decoded” or processed into human thought. Failing to fully comprehend, they nonetheless confidently declare that this astounding mechanism, through time and chance, came into existence all on its own. Rather than worship the God that could instantly create something so amazing, using only the power of His Word, sinful man opts to elevate the created thing itself, along with those who study it.

Given man’s failure to fully understand God’s creation, it should certainly come as no surprise that man cannot even begin to fully comprehend the Creator Himself—even the attributes of God that He chose to reveal to mankind in His Word. The doctrine of the Trinity is one such divine truth that God chose to reveal to His creation. There is one God, and that one God exists in three separate and distinct persons—Father, Son, and Holy Spirit. While the word triune does not appear in the Bible, it serves not only as an accurate description of what God in His Word has revealed about Himself, but also as a word which immediately distinguishes Him from every false god.

That God teaches us this about Himself in His Word is beyond dispute. Not only did God say, “Hear, O Israel: The Lord our God, the Lord is one” (Deuteronomy 6:4 ESV), and “For there is one God, and there is one mediator between God and men, the man Christ Jesus” (1 Timothy 2:5 ESV), we are also told to baptize “in the name of the Father and of the Son and of the Holy Spirit.” (Matthew 28:19) God the Holy Spirit was present at the creation: “And the Spirit of God was hovering over the face of the waters” (Genesis 1:2 ESV), as was Jesus: “In the beginning was the Word, and the Word was with God, and the Word was God. He was in the beginning with God. All things were made through him, and without him was not any thing made that was made.” (John 1:1-3 ESV) Jesus Himself said, “I and the Father are one” (John 10:30 ESV), and “all should honor the Son just as they honor the Father. He who does not honor the Son does not honor the Father who sent Him.” (John 5:23)

When the godless label such Bible truth as “illogical” and “unscientific,” they are foolishly imposing their own limitations on that which is infinitely greater than themselves. Which, however, is more amazing—the fact that our God is triune, or the fact that He has revealed Himself as the God Who chose mercy and grace over annihilation or abandonment?