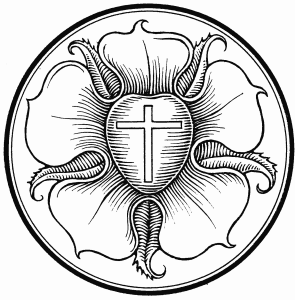 Every year a debate rages in the baseball world: who should be admitted into the Hall of Fame? In the last few years, the debate has been particularly centered around players from the so-called “Steroid Era.” Should those who broke the rules and enhanced their performances with drugs be let in? Some voters and writers have proposed a solution: let those players into the Hall of Fame on the basis of their accomplishments, but add an asterisk to the record books to show that those accomplishments were marred by the use of performance-enhancing drugs.

As detailed in a recent issue of the Spokesman (July 2017, page 7), Hebrews 11 gives us God’s Hall of Faith. It is not meant to be a comprehensive list of the members, but a small sampling of both faithful people and actions from the Old Testament. However, Hebrews 11 seems to omit much of the important information we know about these Old Testament people. Instead of painting portraits as these people were, God presents us with His glorified saints as He now sees them.

These Old Testament men and women were known sinners. Their transgressions, recorded in Scripture, are clear reminders that they entered the world just as dead in trespasses and sins as any other human. They wrestled with their sinful natures throughout their lives, just as we do. Take, for example, Sarah. We know from Genesis 18 that Sarah laughed at God’s promise that she, at her advanced age, would bear a son. What an unbelievable thing for a ninety-year-old woman! Yet Hebrews 11:11 commends her for her eventual faith in that very promise of God, with not so much as an allusion to her initial unbelief: “By faith Sarah herself also received strength to conceive seed, and she bore a child when she was past the age, because she judged Him faithful who had promised.”

How can God list their acts of faith without also mentioning their acts of sin? Where is the mention of Abraham’s lies (Genesis 12:11-13), Moses’ excuses (Exodus 3), or David’s adultery and murder (2 Samuel 11)? Where are the asterisks in the Hall of Faith? How can these sinners be commended when “the soul who sins shall die”? (Ezekiel 18:20)

The answer to all these questions is the cross. “As far as the east is from the west, so far has He removed our transgressions from us.” (Psalm 103:12) Those sins are gone and paid for. With their sins removed, God’s perfect saints are commended for their acts of faith. These acts serve as the evidence of their saving faith in Christ.

This truth of salvation by faith alone is one of the principal truths rediscovered by Martin Luther, and one of the pillars of the Reformation. It is also recorded for us elsewhere in Scripture. 1 Corinthians 6:9-10 lists and condemns sins, but continues in verse 11, “And such were some of you. But you were washed, but you were sanctified, but you were justified in the name of the Lord Jesus and by the Spirit of our God.” We, too, are sinners just like those men and women we meet through Scripture. But in God’s eyes, our sinning is past tense. We have put on Christ’s perfect righteousness through faith in His saving death on the cross.

With our sins atoned for, today’s Christians are also listed in the Hall of Faith. “By faith we understand that the worlds were framed by the word of God, so that the things which are seen were not made of things which are visible.” (Hebrews 11:3) Our belief in God the Creator, serving as evidence of our saving faith in Christ crucified, gives us a place among the saints.

Ross Kok is a teacher at Holy Cross Lutheran School in Phoenix, Arizona.