Faith Is a Gift from God

“I thank my God always concerning you for the grace of God which was given to you by Christ Jesus, that you were enriched in everything by Him in all utterance and all knowledge, even as the testimony of Christ was confirmed in you, so that you come short in no gift, eagerly waiting for the revelation of our Lord Jesus Christ, who will also confirm you to the end, that you may be blameless in the day of our Lord Jesus Christ. God is faithful, by whom you were called into the fellowship of His Son, Jesus Christ our Lord” 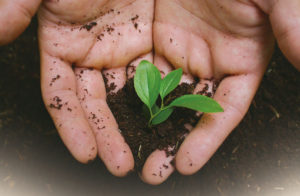 The Apostle begins many of his letters with thanksgiving to God for giving his readers faith in Christ and eternal salvation. How much more shouldn’t we thank and praise God daily for the faith which He has given us? Scripture emphasizes over and over that the faith which receives forgiveness and salvation in Christ is a gift of God’s grace.

Our conversion was worked entirely by God. It had to be, because by nature we were spiritually blind (Ephesians 4:18), but “The Lord opens the eyes of the blind” (Psalm 146:8). We were spiritually dead (Ephesians 2:1), “But God . . . made us alive together with Christ (by grace you have been saved)” (Ephesians 2:4-5). We were enemies of God (Romans 8:7) and could not receive the things of the Spirit, for they were foolishness to us (1 Corinthians 2:14), but “we have received . . . the Spirit who is from God, that we might know the things that have been freely given to us by God” (1 Corinthians 2:12).

If it were not for God’s grace bringing us to faith in Christ, we would still be lost with the rest of the world that thinks the Bible is foolishness. Thank God every day that He has come to you in His Word “to open [your] eyes, in order to turn [you] from darkness to light, and from the power of Satan to God, that [you] may receive forgiveness of sins and an inheritance among those who are sanctified by faith in [Christ]” (Acts 26:18).

Now, by our God-given faith, we have been “enriched in everything by Him in all utterance and all knowledge” (1 Corinthians 1:5).  And we have been “called into the fellowship of His Son, Jesus Christ our Lord” (1 Corinthians 1:9) We share all things with Christ, including full access to the throne of God and the inheritance of the saints
in light.

As we approach the 500th anniversary of the Reformation, we have even more reason to thank God. In the early fifth century a British monk named Pelagius taught that man by nature was not totally corrupt and dead in sin, but was able (and indeed obligated) to come to God by an act of free will. The Roman Catholic Church, while officially condemning Pelagianism, has always taught a mixture of  grace and good works for salvation. Martin Luther restored the truth of salvation by grace alone, maintaining that even conversion is purely an act of God’s grace.

After Luther’s death, the Lutheran Church was being threatened again by another variation of the same error, called synergism. Synergism attributes to a person’s free will the ability to cooperate with God in conversion. The Formula of Concord thoroughly showed the error of all forms of Pelagianism and synergism, and upheld the principle of salvation by God’s grace alone. We thank God that His truth was preserved for us, and that His grace has saved us from beginning to end. May we never lose sight of this
precious truth.

Lord, ‘tis not that I did choose Thee;
That, I know, could never be;

For this heart would still refuse Thee
Had Thy grace not chosen me.

Thou hast from the sin that stained me

Washed and cleansed and set me free

And unto this end ordained me,