They Did Not Enter In

“For who, having heard, rebelled? Indeed, was it not all who came out of Egypt, led by Moses? Now with whom was He angry forty years? Was it not with those who sinned, whose corpses fell in the wilderness? And to whom did He swear that they would not enter His rest, but to those who did not obey? So we see that they could not enter in because of unbelief” (Hebrews 3:16-19). 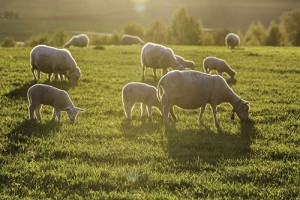 We learn many lessons from the Children of Israel, but the most glaring lesson we learn is the danger of unbelief. We all started out in unbelief, doomed apart from Christ; but in His mercy and grace we were called to forgiveness and life eternal through the Gospel. The Israelites were the same. They had been called to faith, they witnessed first-hand the miraculous power of God in delivering them from Egypt. They lived under His protection, and He provided for their every need. But this didn’t seem to be enough for them. Even though all the Children of Israel that went forth from Egypt heard the Word and will of God, they still deliberately disobeyed Him. “Was it not all who came out of Egypt?” The whole congregation of those who had been miraculously rescued were under the same condemnation. The result was that that all the men of twenty years and over that had left the land of Egypt sank into forgotten graves in the wilderness. That was God’s punishment upon them because of their unbelief.

They did not reach the Land of Promise, they did not enter into the blessings of rest and peace which the Lord had promised to believing children. They could not enter in on account of their unbelief. They could not reach their goal because they refused to believe in the Lord, their God, with all their heart, with all their soul, and with all their mind. This is a recurring theme with the Children of Israel. Their example should be a warning to all. Faith must be centered in the promises of the Scriptures—the Word of God—and not permit itself to be moved from this foundation. This is where the Israelites derailed themselves.  Instead of trusting God’s promises, they looked away in unbelief, choosing to trust in themselves. “To whom did He swear that they would not enter His rest, but to those who did not obey? So we see that they could not enter in because of unbelief.” Faith in God’s promise of forgiveness in Jesus takes God at His Word in any and every case!

When it comes to the grace of God and His promises to His people, we, like the Children of Israel, have hearts of stone by nature: cold, hard, and indifferent. This is the opposite of faith, which is alive and responsive. True faith desires what God graciously promises in His Word. God also comes to our rescue; He sent His Son to deliver us from sin’s power and eternal death. Trusting in God’s promises won for us by Jesus is not possible unless the Holy Spirit brings about this change. God’s gift of faith is like the gift of a new heart—a heart that trusts in Jesus and the certainty of unconditional forgiveness and salvation. Jesus alone is our life! Faith that saves is faith that holds fast to Jesus alone! This we have been blessed with, it is ours, but we do not want to take this gift for granted as did Israel. We, by the Spirit’s strength, are to “. . . contend earnestly for the faith which was once for all delivered to the saints” (Jude 3). May the Spirit enable us to learn from Israel the death into which our enemy seeks to drive us, and may He keep us trusting in Jesus alone. To God alone be the glory!