The Transfiguration of Jesus Is Your Glory!

The last painting by the Italian High Renaissance master Raphael. Commissioned by Cardinal Giulio de Medici (the later Pope Clement VII [1523-1534]) and conceived as an altarpiece for the Narbonne Cathedral in France, Raphael worked on it until his death in 1520.

He was transfigured before them. His face shone like the sun, and His clothes became as white as the light” (Matthew 17:2).

Suddenly Jesus was dazzling—His face, His clothes! Then, He was speaking with Moses and Elijah, prophets of long ago! Astounding! Why was this happening?

I. Was it for Jesus’ benefit? Yes. Did not angels minister to Him after Satan tempted Him? Did not an angel strengthen Him in the Garden of Gethsemane while He earnestly prayed to His Father? Surely it was for Jesus’ benefit that Moses and Elijah came to speak with Him about His “decease,” His departure, His end. Moses and Elijah had labored among God’s people many years earlier to point them to God’s merciful and gracious atonement through the Messiah to come. Salvation through Christ was their “work.”

II. Was the transfiguration of Jesus for the benefit of the disciples (Peter, James, and John) who were with Him? Yes. They had heard Jesus speak wonderful words of forgiveness and compassion. They had seen Him work miracles of love and of might. They had heard Him soundly refute the Pharisees. Jesus was their Messiah, the “Christ,” the “Anointed One!”

Yet from Jesus’ own lips they heard words of His coming betrayal, torment, and death—words that filled them with fear and grief. Jesus had even sternly rebuked Peter for suggesting that such should never happen! The concept that the Messiah would be “wounded for our transgressions” and “bruised for our iniquities” (Isaiah 53:5), that He would win by surrendering, only to rise again in victory, the disciples did not understand. They felt defeat when they heard such words. 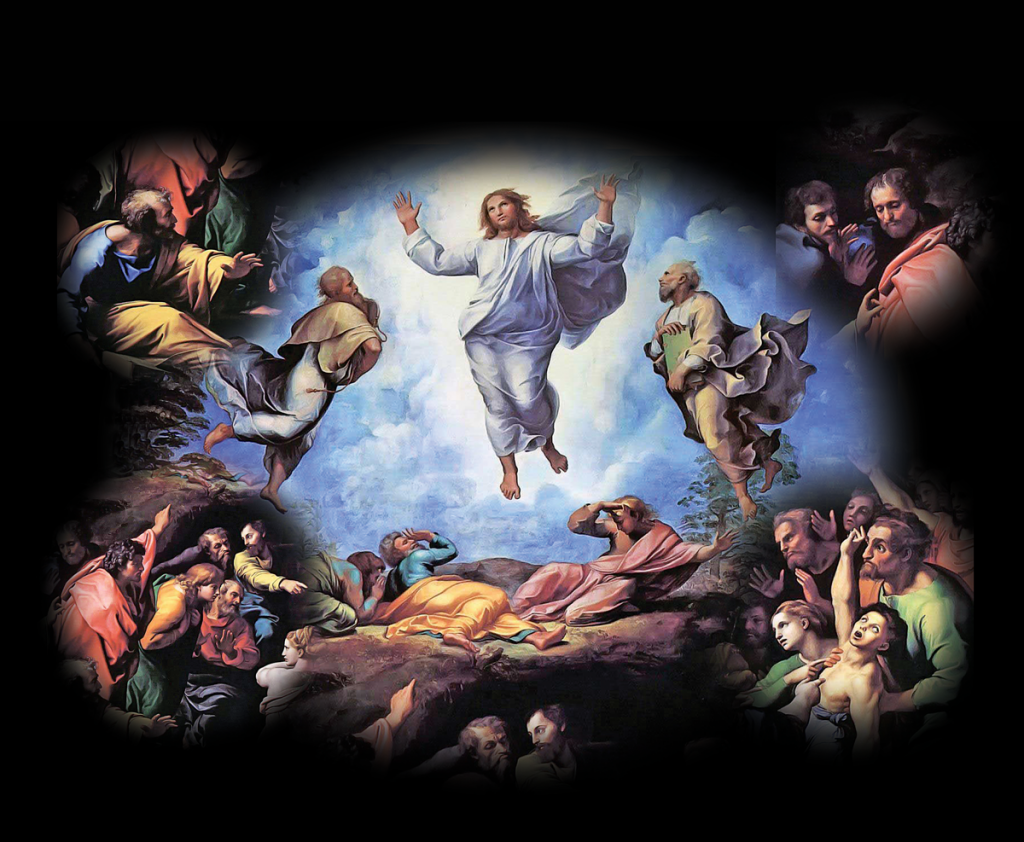 What a sight for sore eyes! God gave them a view of Jesus’ splendor and glory! God even gave His own stamp of approval:  “This is My beloved Son. Hear Him!” Christ’s kingdom was a glory of atonement through His blood. His kingdom would not consist of visible things—shrines, buildings, and such things—as Peter helplessly suggested. Entry into His kingdom was a matter of trusting in His payment for sin, not in oneself. Peter, James, and John would need encouragement for the weeks ahead and for their labors in Christ in the years to come.

III. Was the transfiguration for you? Yes!

Do you need encouragement—at work, at school, with the children, with health, in getting along with others, in striving against Satan and against the weaknesses of your own flesh? Do you need assurance of God’s forgiveness for battles foolishly lost against sin? Does it seem that everything in society grows except the kingdom of Christ? That your life lacks the fun and the glamour of the crowds? That values are being swept from the next generation? That life is empty because someone you cherish has died? Do you feel defeated?

Then remember the transfigured Christ! Jesus, Who appeared “defeated” on the cross, is your glorious, resurrected Savior, living and ruling in splendor. In Him you are forgiven. Foes shall not defeat you. He will lead you safely through every challenge and chore in this life, taking you to the glorious life to come!

The Transfiguration is for you!

“If God is for us, who can be against us? He who did not spare His own Son, but delivered Him up for us all, how shall He not with Him also freely give us all things?” (Romans 8:31-32).

“I am the Resurrection and the Life. He who believes in Me, though he may die, he shall live. And whoever lives and believes in Me shall never die” (John 11:25-26).

“Fear not, for I have redeemed you. I have called you by your name; you are Mine. When you pass through the waters, I will be with you; and through the rivers, they shall not overflow you. When you walk through the fire, you shall not be burned; nor shall the flame scorch you. For I am the LORD your God, the Holy One of Israel, your Savior” (Isaiah 43:1-3).