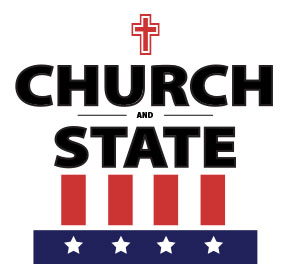 In the introduction to his Sunday sermon, a pastor referred to the words of Jesus in Matthew 12:25, “Every kingdom divided against itself is brought to desolation, and every city and house divided against itself will not stand.” After the service, he was approached by a visitor who said, “When you began your sermon by talking about how ‘a house divided will not stand,’ I thought your message was going to be political.” She was thinking of the political divisions in our country and expecting that the pastor would use his Sunday sermon to address them.

Why is it that our pastors do not use the pulpit, or the church bulletin, to promote a political point of view?

We may find this woman’s expectations about a Sunday sermon troubling, but we probably are not surprised at them. We know that many preachers use their pulpits for political messages. They endorse candidates, comment on legislation, and freely give their opinions about foreign policy.

Why is it that our pastors do not use the pulpit, or the church bulletin, to promote a political point of view? It is because behind these practices lies the idea that the mission of the church is the transformation of human society by means of social reform. But the Bible from beginning to end tells us that the problems of this world, age-old problems such as poverty, war, disease, and injustice, will never be eradicated; we are not to look for a golden age in this world because the world’s problems have their roots in human nature. Read More »Let’s Talk about God’s Program

The Gift of the Public Ministry

“And He Himself gave some to be apostles, some prophets, some evangelists, and some pastors and teachers, for the equipping of the saints for the work of ministry, for the edifying of the body of Christ, till we all come to the unity of the faith and of the knowledge of the Son of God, to a perfect man, to the measure of the stature of the fullness of Christ; that we should no longer be children, tossed to and fro and carried about with every wind of doctrine, by the trickery of men, in the cunning craftiness of deceitful plotting, but, speaking the truth in love, may grow up in all things into Him who is the head—Christ”
(Ephesians 4:11-16).

As we gather on a Sunday morning to worship our risen and ascended Lord, we may take for granted some of the blessings which He has given to His Church on earth. Read More »The Gift of the Public Ministry

While man may sin and commit evil acts, God ultimately remains in control.

Providence is not a word we use very often in our daily lives. In fact, the first thing that comes to my mind when I hear the word is Providence, Rhode Island. That city was founded by the religious dissenter Roger Williams. He left Massachusetts Bay Colony because he believed in the separation of church and state. He also believed that the Native Americans should be compensated for the land that the English were occupying. He chose the name Providence for the town because he believed God had directed him to that spot. Providence means “that activity of God whereby He uninterruptedly upholds, governs and directs the world.”Read More »Providence

“For every high priest taken from among men is appointed for men in things pertaining to God, that he may offer both gifts and sacrifices for sins. He can have compassion on those who are ignorant and going astray, since he himself is also subject to weakness. Because of this he is required as for the people, so also for himself, to offer sacrifices for sins. And no man takes this honor to himself, but he who is called by God, just as Aaron was” (Hebrews 5:1-4).

Hebrews is the only New Testament book to refer to Jesus Christ as High Priest, and it uses this title for the Savior twelve times over thirteen chapters. Read More »A HIGH PRIEST LIKE NO OTHER

Oh, the People Some People Marry

Abigail is an outstanding example of a beautiful, intelligent, God-fearing woman and wife who remained loyal to her husband for better or worse. Summer traditionally… Read More »Oh, the People Some People Marry

What Will Happen to Me If I Don’t Attend Church?

Short answer: nothing.   Where nothing happens, there is no spiritual growth. No lightning bolt will fall from the sky warning you about spiritual danger.… Read More »What Will Happen to Me If I Don’t Attend Church?

“Sanctify them by Your truth. Your word is truth. As You sent Me into the world, I also have sent them into the world’”  (John… Read More »Marangu, Tanzania

As we approach the 500th anniversary of the Reformation, we take a brief look at the lives of some of the most influential and important… Read More »Carl Ferdinand Wilhelm Walther