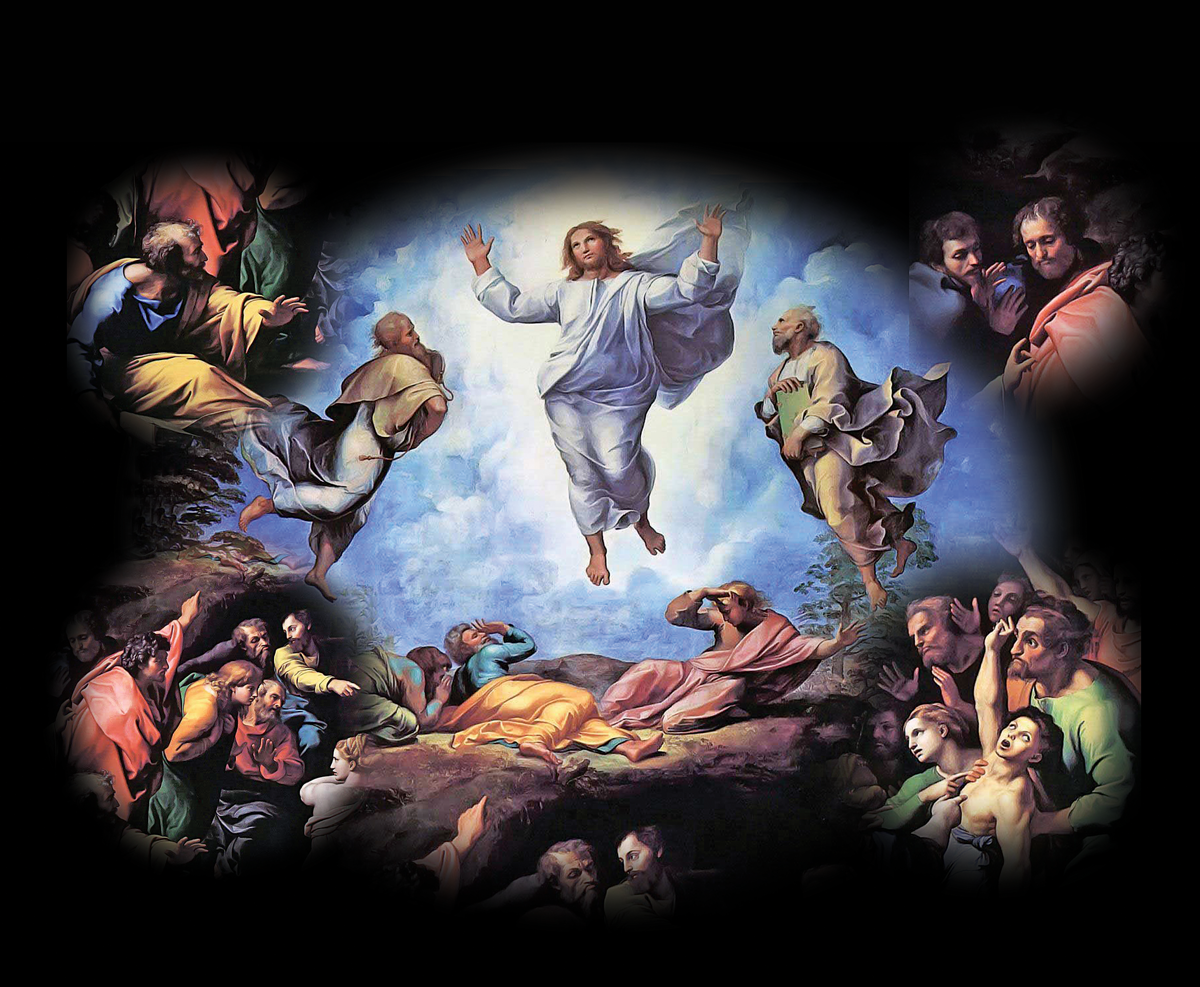 The Transfiguration of Jesus Is Your Glory!

The last painting by the Italian High Renaissance master Raphael. Commissioned by Cardinal Giulio de Medici (the later Pope Clement VII [1523-1534]) and conceived as an altarpiece for the Narbonne Cathedral in France, Raphael worked on it until his death in 1520.

He was transfigured before them. His face shone like the sun, and His clothes became as white as the light” (Matthew 17:2).

Suddenly Jesus was dazzling—His face, His clothes! Then, He was speaking with Moses and Elijah, prophets of long ago! Astounding! Why was this happening?

I. Was it for Jesus’ benefit? Yes. Did not angels minister to Him after Satan tempted Him? Did not an angel strengthen Him in the Garden of Gethsemane while He earnestly prayed to His Father? Surely it was for Jesus’ benefit that Moses and Elijah came to speak with Him about His “decease,” His departure, His end. Moses and Elijah had labored among God’s people many years earlier to point them to God’s merciful and gracious atonement through the Messiah to come. Salvation through Christ was their “work.”

If God truly gave us His Word
in written form, as He has in
the Bible, then what do
we have with which
to compare it?

In a certain sense, we have all been inspired at one time or another. A moving poem, the birth of a child, a once-in-a-lifetime beautiful sunset, or a heartfelt sermon could all serve to inspire us. This is generally the world’s view of inspiration. Inspiration is viewed as merely a strong feeling or emotional tug, an intellectual movement to action—whether through song, painting, writing, or activism.
This is why it is so essential that we remember to define the doctrine of verbal inspiration as being of divine origin rather than being a product of the emotions or minds of men. Our Bible Read More »B R E A T H O F G O D

What should we do without Thee
When heart and eye run o’er?

When all things seem against us,
To drive us to despair,

We know one gate is open,
One ear will hear our prayer.”

“Therefore He is also able to save to the uttermost those who come to God through Him, since He always lives to make intercession for them” (Hebrews 7:25).

There is a commercial that has made the rounds over the last months on both local TV and radio. It begins with a computer voice answering a phone call, and continues with the caller giving the reason for his call, which is usually a request for some kind of help. The computer then “talks” to another computer, wondering what to do, because it is completely unable to give the required help. The caller is then forwarded “for an answer” to a pay phone somewhere that no one ever answers, or he is left with the dial-up modem noise. The commercial is then resolved by the sponsor touting itself as the place to which you can successfully go to get actual help.Read More »“God Is Able—He Always Lives!”

A Roller Coaster in the Wilderness

…the same potential for disaster that faced the Israelites in the wilderness also faces us today.

Jonathan and David—What a Friendship!

Down through the centuries, the human relation of friendship has been greatly valued and cherished. Many are the quotes from the secular and religious world… Read More »Jonathan and David—What a Friendship!

Items of interest from various sources of religious news and opinion, in print and on the web. Faithful doesn’t Always Mean Big. A top evangelical… Read More »Seen in Passing February 2015 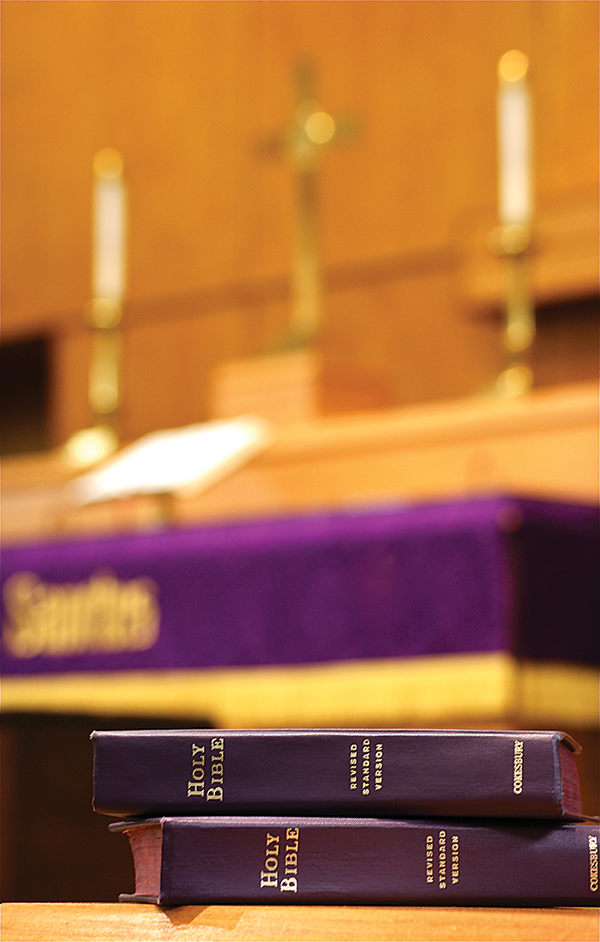 Is it God-Pleasing To Visit a Church of Another Denomination?

The answer to our question will ultimately come from the answer to another question: “What is my purpose for visiting the church?” In answering… Read More »Is it God-Pleasing To Visit a Church of Another Denomination? 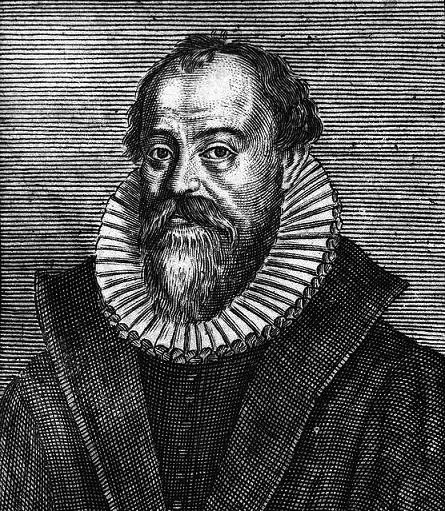 Johann Gerhard As we approach the 500th anniversary of the Reformation, we take a brief look at the lives of some of the most influential… Read More »Johann Gerhard

“Where is grandfather?” was the question I posed to one of his many grandchildren early on a Sunday morning. I wasn’t sure which one of… Read More »Milimani, Kenya

[The Presentation of Christ]

Joseph, Mary, and Jesus heed the Law of Moses, and Simeon and Anna get to see their Savior close up.

May our lives help bring others to Christ rather than lead people away from Him.

We are God’s field-workers, but it is He who makes things grow. We are thankful that’s His responsibility!Read More »Bread Of Life February 2015